Did you know? There are currently approximately 3.2 million Malawian households without power.

We had the pleasure of accompanying the team from Yellow Solar Power around Lilongwe to capture BioLite SolarHome installations and see the impact on the community firsthand! The BioLite SolarHome 620 brings modern lighting, energy, and entertainment to transform any structure into an off-grid home. The easy-to-install 6-watt solar panel captures daily sun to charge a 20 Wh control box which powers 3 hanging lights, USB charge-out, and an MP3/FM radio system.

“Malawi’s energy sector has gone through important sector reform efforts recently, including the unbundling of the national utility, the Electric Supply Company of Malawi (ESCOM) and the establishment of the Electricity Generation Company of Malawi (EGENCO). The restructuring of Malawi’s power market is underway, with strong investor interest and political will for Independent Power Producers (IPPs) to enter the market. Power Africa (PA) is supporting 100 MWs of new solar PV generation to come online by the end of 2019.” – Power Africa

Currently, a mere 1% of rural households have power and as little as 46% in urban areas of  Malawi. This indicates that 3.2 million households are without power. Power Africa is aiming to establish 108 400 new grid connections and 163 400 off-grid connections PA. This will increase the current connection access rate from 10.8% to 30% by 2030. Enriching many lives and bringing hope to one of the poorest countries in the world.

The guys from Urban Dynamix Media acted as Monsoon’s assistants in Lilongwe (we highly recommend them if you’re looking for a photographer in Malawi!)

The Impact of Electricity

The impact of how electricity transforms rural areas is astounding. Access to electricity not only ends energy poverty but also enables communities to enjoy the simple things we often take for granted. Imagine being able to read by light, charge a mobile phone, work indoors or cook on a stovetop for the first time. Electricity reduces the manual workload for food processing thus reducing working hours. It also ends cooking over a fire indoors that produces smoky households.

The most striking difference is having light indoors after dark. Without electricity, the only light at night is dim, dangerous kerosene lamps or candles. Electricity minimizes the backbreaking labour of hauling water and firewood to homes on a daily basis. Powering poor communities empowers and enriches their lives and creates a better future for all.

We thoroughly enjoyed capturing the impact of electricity connections on Malawian communities.

The “Power Solar Home System Kick-Starter Program for Malawi” launch ceremony was held on 16 July 2019 in Lilongwe, Malawi. A $2 million (USD) grant fund was awarded to four solar home system (SHS) companies by The USAID – US Agency for International Development, in support of Power Africa. USAID estimates that the program will add 100 000 to 150 000 electricity connections to Malawi. The SHS companies are Solarworks!, VITALITE Zambia, Yellow Solar Power, and Zuwa Energy!

We also love to travel and explore our diverse continent! Get in touch for a quote on commercial, industrial or journalistic photography.

An absolute pleasure working with a photographer we can trust! Brenda never fails to deliver and we know our clients are in good hands with Monsoon Photography. Highly recommended.

Monsoon Photography has been one of our most trusted suppliers for many years. Whether we need photographs of Board Members or products, they are able to deliver amazing shots that showcase the brief exactly!

There is a reason that ASSAf has been working with Monsoon for the past 9 years – the service is great, the prices are affordable but most of all, the quality of the photographs is outstanding. We have in the past and will in future always recommend Monsoon.

I have enjoy working with Brenda mainly because how professional her photos look and also her professionalism. She always arrived for events way ahead of time to set up, which is great and gave us the photos the same day. Great service indeed. I would use Brenda over and over again.

The South African Council for Natural Scientific Professions (SACNASP) has been using the services of Ms Brenda Biddulph, from Monsoon Photography for a number of years now. We regularly ask her to take pictures at meetings, workshops and social events, as well as all the individual staff photos for our Annual Report.

We have always been very satisfied with her work. She is very professional, always on time, well prepared and does stunning work. She always keeps to her promised delivery dates. SACNASP will, without hesitation, recommend Ms Biddulph to any prospective clients. 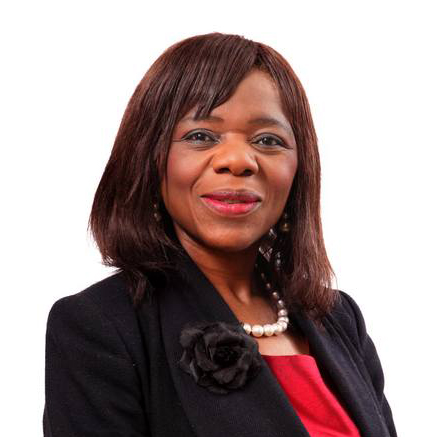